'Hooked on Classics’ features tunes that were composed for festive celebrations since the beginning of time from all around the world. Just as these tunes demonstrate moods and characters, the quartet will show how a musician may express the emotions and story behind a piece through a mix of technique, talent and passion.

OurTampinesHub Public Service Centre or the Information Counter on L1 from 10am to 10pm daily. One person is entitled to 2 tickets only.

Heaven.
Introducing a 7-movement layout played without a break; the exceptional emotional range of Beethoven's material made this string quartet's revolutionary structure necessary.

Earth.
The fusion of classical style and Bohemian folk spirit, and a riveting contrast to his more famous 'American' quartet, Dvořák’s 'Slavonic' Opus 51 quartet is described as "a superb blend of high art and music from, and for, the people", essentially marking the beginnings of his mature, celebrated chamber works.

(Songs of) Love and Despair

Join the T'ang Quartet and violist Manchin Zhang, musicians Edward Tan, Shao-wen Ang, Jeremy Chiew, and students from the YST Conservatory as they present an evening of works centred around the theme of ‘Prayer’.

In this second concert of a series that pays homage to Beethoven, the T’ang Quartet, in an embrace of change and variation, explores the fugue and the chaconne — both revered musical vehicles for metamorphosis.

Fiddling with the Fugue
While Bach was considered the intellectual master of the fugue, Beethoven took it to new spiritual and emotional heights with his Grosse Fuge.

In his final composition, dismissed as “incomprehensible, like Chinese”, Beethoven takes us on a psychotic journey of creativity and propels us headlong into “a confusion of Babel”. Only Stravinsky recognised it as “an absolutely contemporary piece of music that will be contemporary forever”.

Criss-crossing past and present with the Chaconne
Just as Beethoven revolutionised the fugue, Britten conveyed the ancient form of the Chaconne into the future.

His Second Quartet, dedicated to the memory of Purcell, begins evocatively, shifts into an unnerving and argumentative second movement, and concludes brilliantly — in a masterclass of musical transformation — with the Chacony.

The End & The Beginning

T'ang Quartet presents a tribute to the master, Ludwig van Beethoven on the 190th anniversary of his death.

The End & The Beginning is the first of our retrospective series of six concerts that pays homage to Beethoven. We ask what his music mean today, and what it means for us, as the last quarter century of our lives turn, to have taken this journey as T'ang Quartet together.

Cutting an unmistakable silhouette on the local and global stage, T'ang Quartet has been pushing the boundaries of classical music since 1992.
Full biography

Notes from the Quartet

For press enquiries and more information:

For general information, please send all enquiries to: 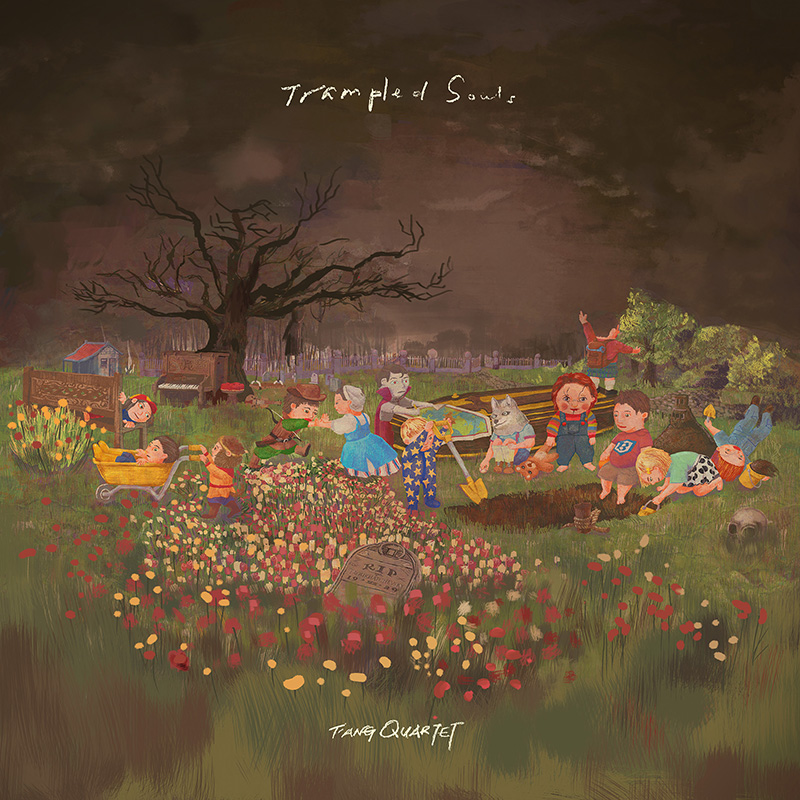 Listen now → About the album →